Some of the Benefits of the introduction of GST in India are:

a) GST abolishes the cascading tax effect.
b) GST is the scheme of composition for small scale businesses.
c) GST improves logistics efficiency.
d) GST has easy as well as simple online procedure.
e) GST has lesser number of compliance.
f) The purpose of GST is to reduce corruption.
g) With the introduction of GST, it has reduced taxes on certain goods by 2% and on other items by 7.5%.
h) GST removes logistics cost by abolishing border taxes.
i) Companies with an income up to Rs. 75 lakhs under the GST process can get profits from composition schemes and have to pay only 1% tax on their income.
j) With the introduction of GST, it is to be believed by the experts that the product cost as well as services will be reduced. 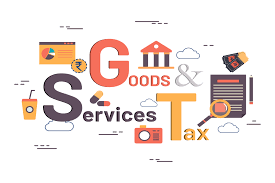 Maharashtra, Tamil Nadu and Orissa have opposed certain provisions under the GST (Goods and Service Tax) bill. Members of the Congress boycotted the GST as well and the Congress were again joined by the members of Trinamool Congress, Communist Parties of India and also by the DMK. The reason behind their opposing the GST is that the parties have not found any difference between the new GST and the Current GST. Moreover, they believe that they are trying to reimpose the current taxation system with new GST and they are on the argument that the GST would increase the price on commonly used daily items but would reduce the price of luxury items.

More Details About Importance of GST in India by Vishesh Jangir

Dec 18, 202088 Comments on Introduction of GST by the Central Government and its benefits By Vishesh JangirNews
Tags Vishesh Jangir