What is GST in simple language By Vishesh Jangir?

GST (Goods and Service Tax) in India is regarded as one of the largest taxations that has taken place in India and also passed by the Indian Government. India has adopted two GST that means GST will be administrated both by the State Government as well as by the Central Government. 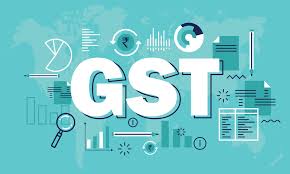 There are three taxes that are applicable under the GST and they are as follows:

The main objectives of GST in India are:

a) To remove Indirect Tax issues.
b) Increase the number of tax payers.
c) To entertain consumption-based tax rather than manufacturing.
d) Diminish Tax corruption.

The importance of Goods and Service Tax (GST) in India are:

a) Abolishing of multiple numbers of indirect taxes like VAT, Service tax, CST, CAD etc.
b) To control black money circulation.
c) Increasing demands and consumption of goods.
d) Improving the economy of India in the long run.
e) Increasing demands will lead in the increase of supply and will help in rise of the production of goods.
f) GST will abolish 17 indirect tax issued and hence life will get simpler.
g) It will make manufactured goods cheaper.
h) There will be easy and simple online procedure.

Besides, Goods and Service Tax (GST) in India is not only business friendly but friendly to consumer as well. Moreover, India has taken adoption of two GST model that means both the Central government as well as the State government can administrate it. Hence, GST increased both demand as well as consumption of goods which will improve the economy of India in the long run.